Share a memory
Obituary & Services
Tribute Wall
Read more about the life story of Robert and share your memory.

A celebration of life service will be held at 11:00 A.M. Friday, January 6, 2023 at the Tisdale United Methodist Church. Private graveside services will be held at Highland Cemetery. Memorial contributions may be made to the Tisdale United Methodist Church or to Southwestern College, donations may be left in the care of the Shelley Family Funeral Home of Winfield.

Robert was born on July 15, 1930 in Winfield, KS to parents Louis and Clara (Barnett) Hamm. He was raised in Winfield and graduated from Winfield High School before starting his career at Binney and Smith Crayola Company as a boiler operator, where he worked for over 36 years. On December 22, 1956 he was united in marriage to the love of his life, Betty Lou Walker. Robert was a member of the Binney & Smith Crayola 25 Year Club, and the Tisdale United Methodist Church; he enjoyed gardening, and he was an avid LA Dodgers and Kansas State University sports fan. Robert loved volunteering his time and serving his community, which was recognized when he received the Winfield Volunteer of the Year Award. He was also awarded The Wesley Award of Excellence from The United Methodist Church. In July 2014, Robert married Alene Miller. Due to failing health and being unable to care for each other, the couple separated. 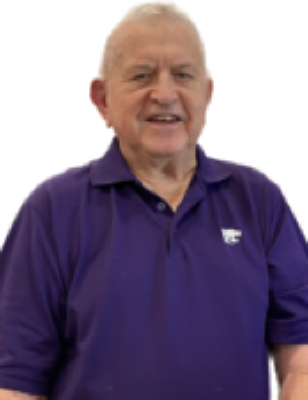