Share a memory
Obituary & Services
Tribute Wall
Read more about the life story of Dorothy and share your memory.

Dorothy Louise Bohrer, 95, of Arkansas City passed away Friday, November 4th, 2022 at her home surrounded by her family.

Dorothy was born on September 10th, 1927 to Dewey and Bessie Rich. She attended high school In Oxford, KS. On October 6, 1946, Dorothy was united in marriage to Charles Preston Bohrer at the Oxford Christian Church. During Chuck's employment with Boeing, his assignment was well-guarded and required a life of adventure and travel for the couple and their three children.  Eventually, they settled down in Arkansas City where they opened a business they dreamed about. It was called Midway Rocks and Gems. Dorothy ran the ceramic shop and Chuck cut stones and made jewelry in his lapidary shop.  Even after Chuck’s death in 1990 she continued teaching ceramics and did so for over 40 years.   She also loved to garden with vegetables and flowers, especially Iris.  She was an awesome cook, learning at an early age she was often responsible for the family meals. Being the only daughter of 4 children, she spent a lifetime in service to those she loved including her grandchildren and great-grandchildren. She was a member of Central Christian Church, and American Legion, and a proud wife of a Mason while in the Beauceant. 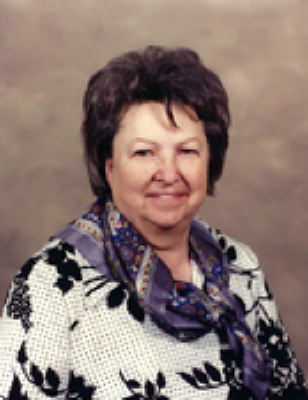